The original design for this document was the 2004 version of the Operating Budget, which was used as a template for the 2005 version presented on this project page.

The City of Toronto produces an Operating and Capital Budget Report every year. Although the page count varies from year to year, the 2005 version of the report was 314 pages long. The report outlines all the services the City provides, and the budget for each one of those services. As per the City of Toronto website, the Operating Budget "covers day-to-day spending on services such as recreation programs, parks maintenance, public health, city roads, transit, police and other emergency services. Approximately 32 per cent of the funds for the operating budget comes from property taxes. The remainder comes from provincial grants and subsidies, as well as user fees."

The Capital Budget "funds the City's infrastructure that supports service delivery. It pays for the construction and repair of transit, roads, bridges, public buildings such as libraries, community centres and fire stations, and parks. The City of Toronto updates and presents a new 10-year Capital Budget and Plan each year as part of the budget process. The capital budget is primarily funded from reserves, development charges, other levels of government and by borrowing funds." Source: City of Toronto 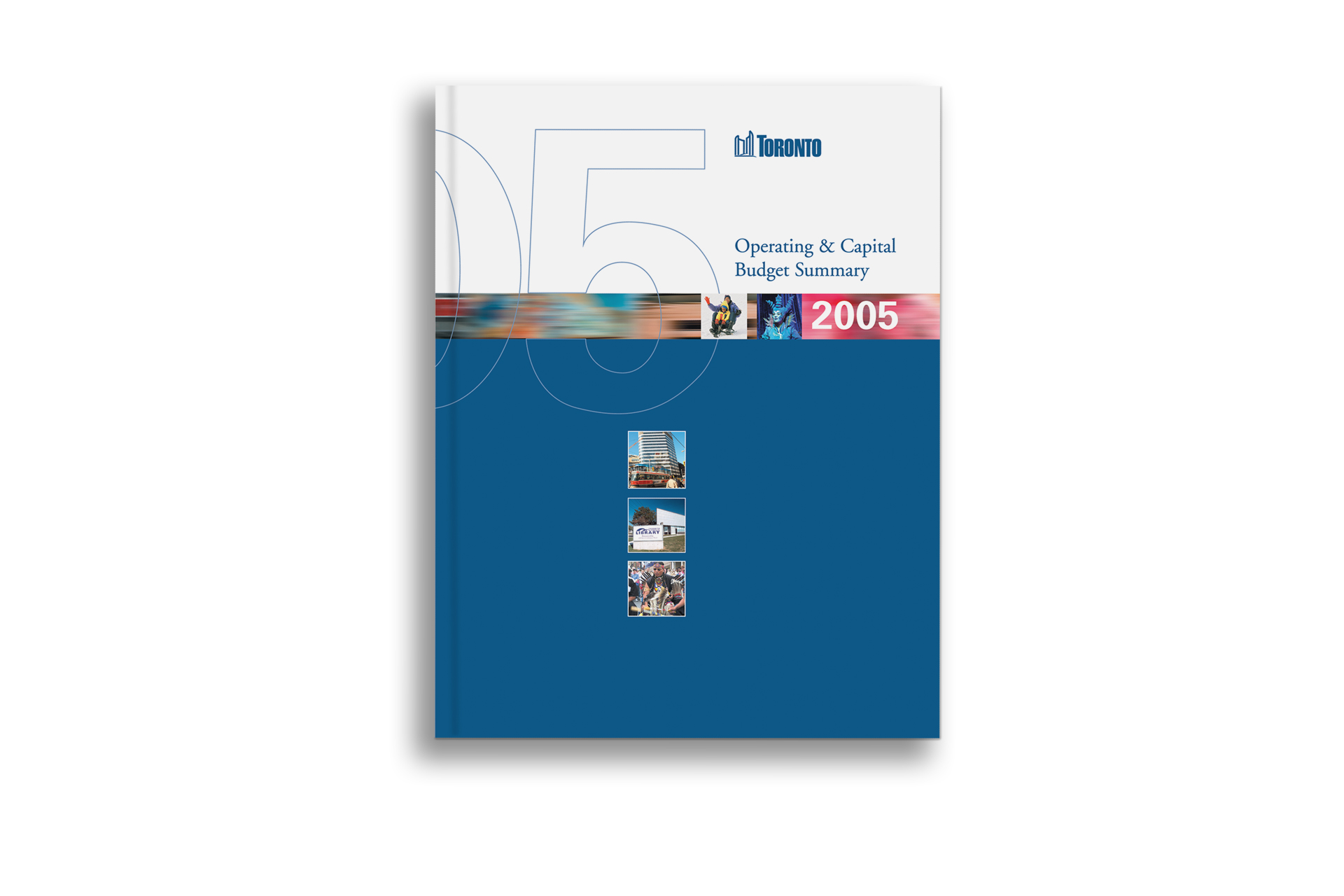 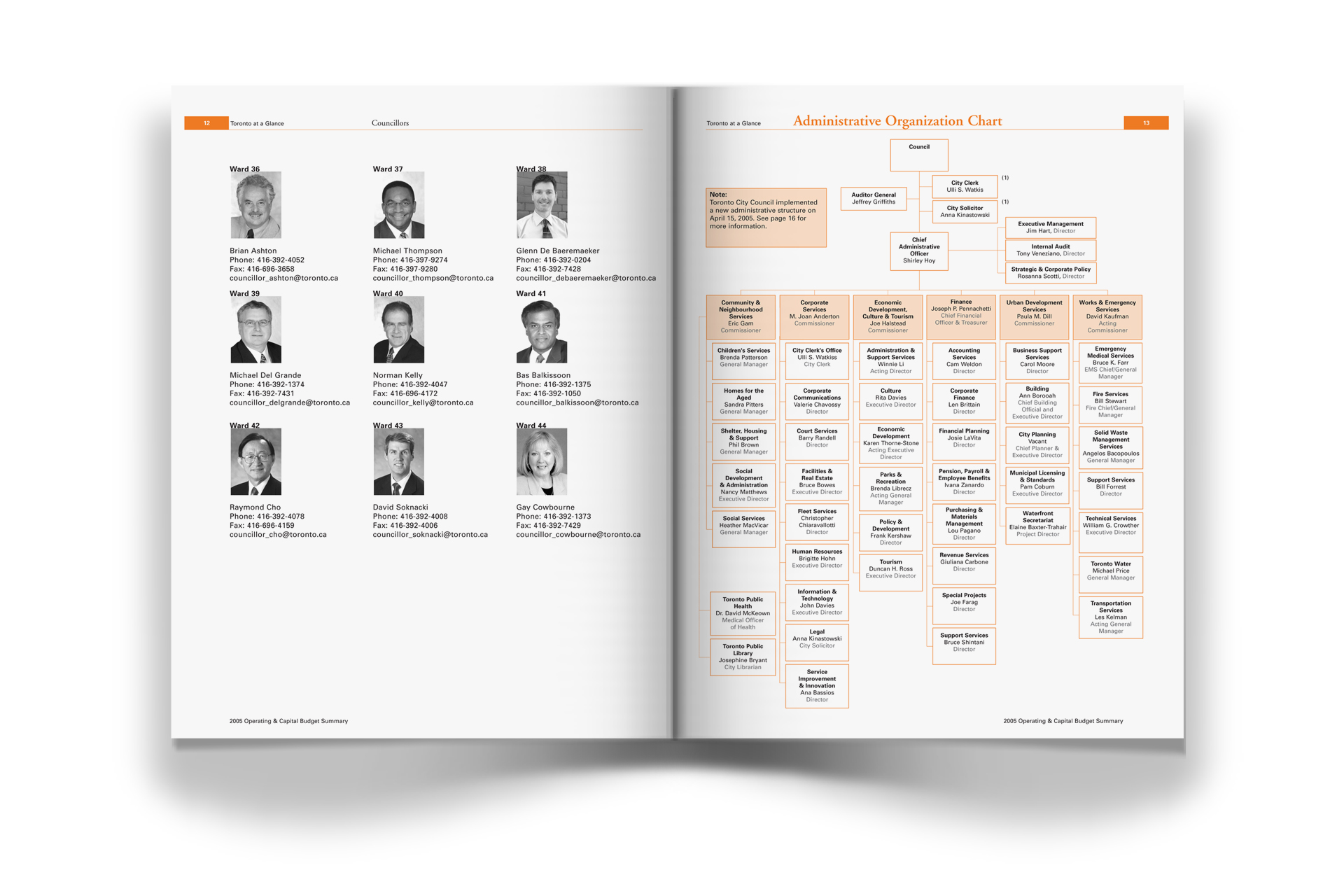 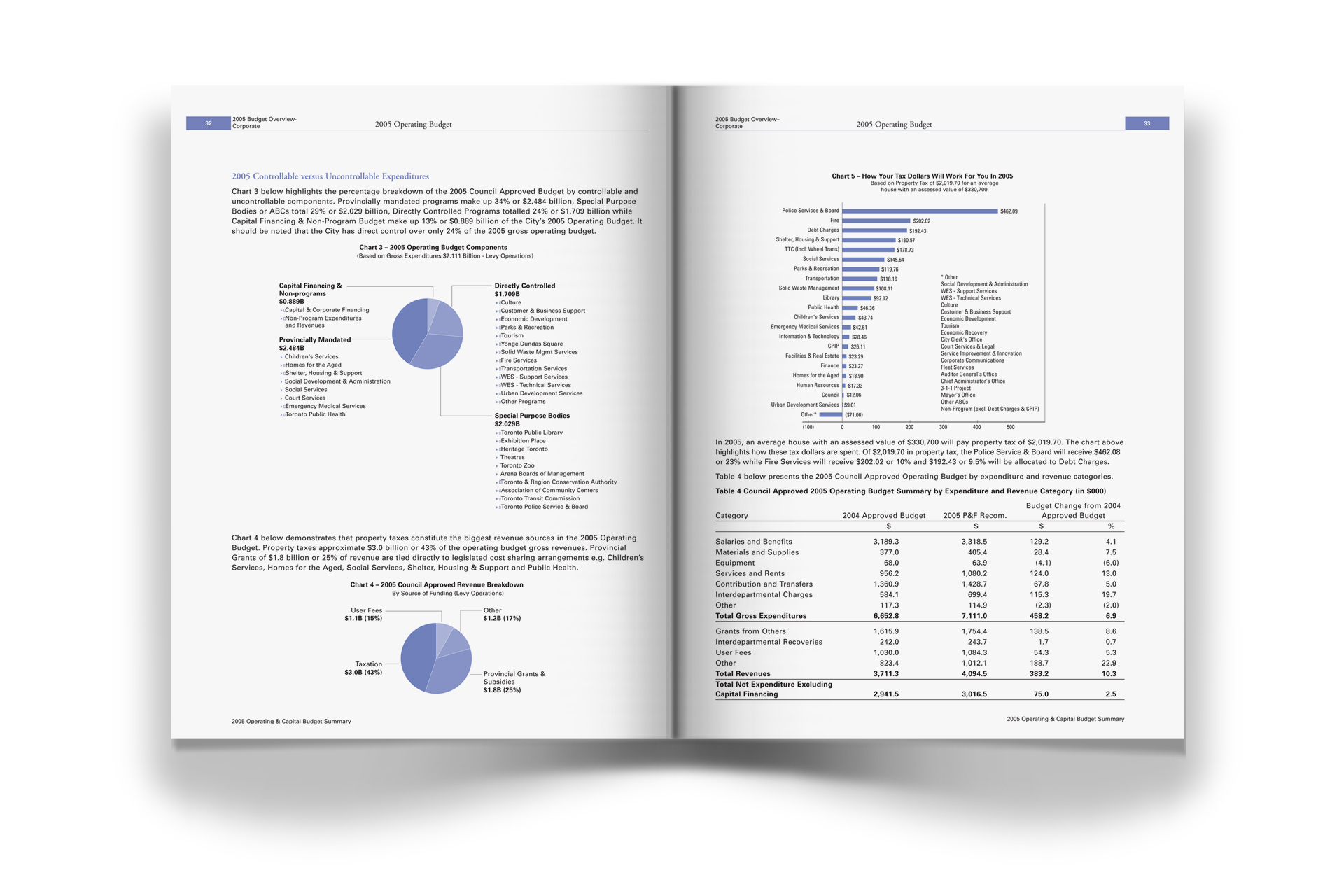 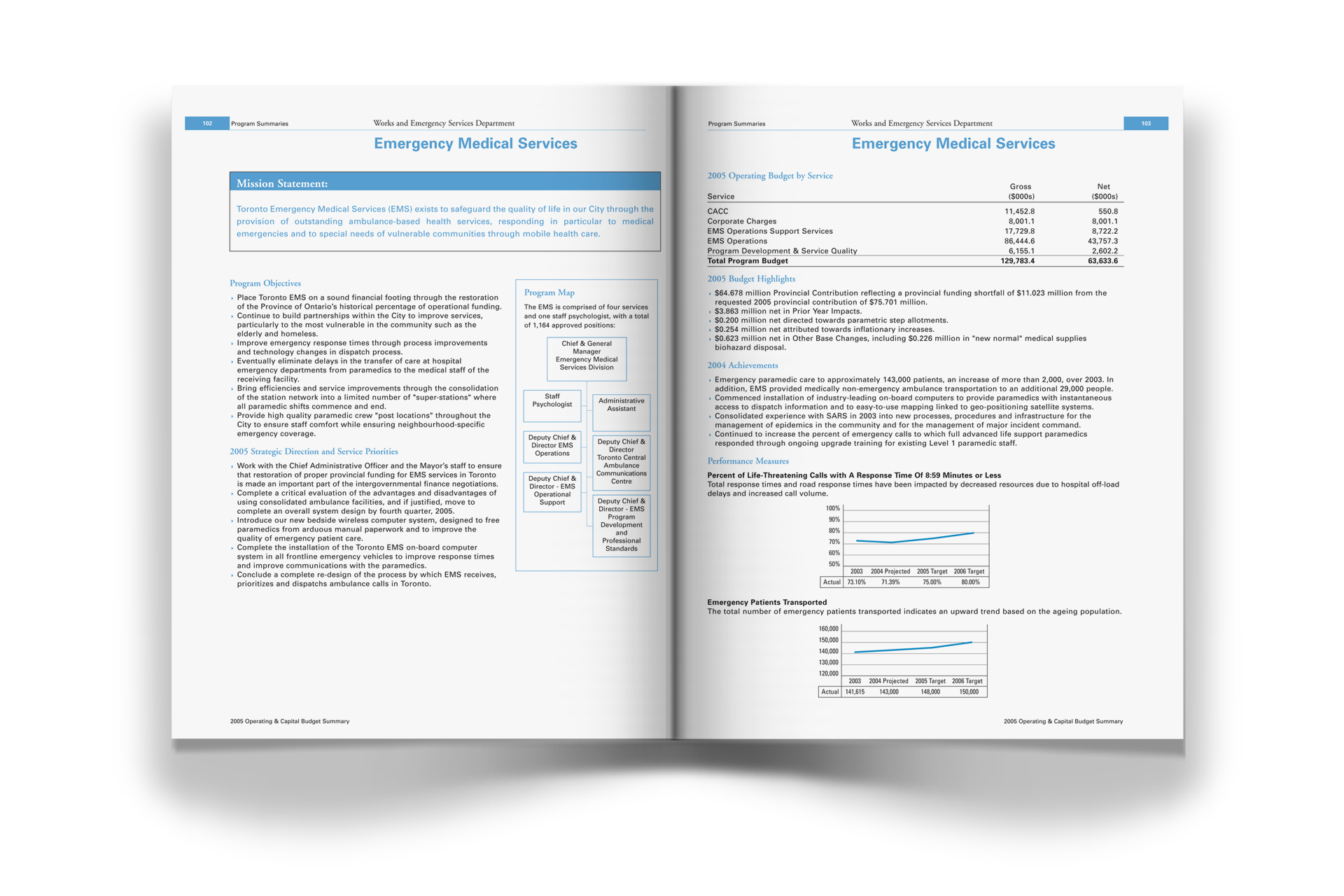 prev design all next design